In the energy world, a connector helps bring power from the source to the end-user. In our Connectors feature, we introduce you to your real-life Columbia REA Connectors, our staff.

Clay Hayes figured out what he liked to do early in life, and he has been doing it pretty much ever since.

“When I was a kid…my oldest brother was into computer programming. I remember we had a Tandy 1000 from Radio Shack at home,” recalls Clay.

“I would sit and watch him. The computer just fascinated me. We would play games together. Then my brother went on his church mission and left me with the computer. And then the computer crashed, so I had to figure out how to get it going again.”

“That’s when I realized that a lot of this stuff comes really easy to me. To this day, I don’t read a lot of regular books. I read technical manuals.

“I’m mostly self-taught,” Clay shrugs. “I’ll skim the manual of a new piece of equipment or something that I’m trying to fix, and if I can get inside, I can pretty much figure out how it works or what’s wrong with it. If I can’t, maybe I’ll go back to the manual.”

After successfully reviving the Tandy 1000, he was hooked. What started as a hobby is now a career. Not that unusual, really, except that for Clay, who is now a wireless technician for Columbia iConnect, Columbia REA’s subsidiary internet provider, the career is still a hobby.

“I guess I’m kind of a workaholic. I love to work on computers. I go home and do this stuff for relaxation,” laughs Clay. 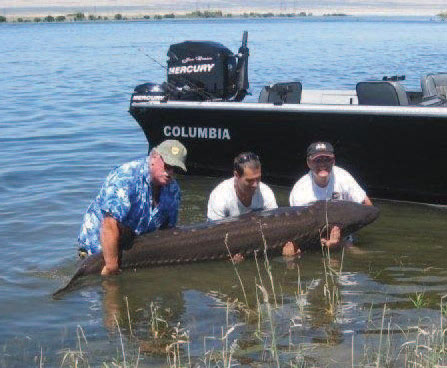 If Clay sounds like the stereotypical super-driven, anti-social, computer nerd, well…he’s not. He’s a soft-spoken, easy-going guy who always says hi to a passerby in the hallway and generally always has a smile on his face. And while computers have always been a part of his life, they didn’t always pay the bills.

“I grew up in Idaho Falls working on farms,” he shares fondly.

“I did everything, but I really enjoyed driving all the farm rigs…hauling loads and equipment from one place to another. There were all kinds of farm rigs that I learned to drive, and I just really enjoy driving, so I decided to look into truck driving.

“After considering a couple of opportunities, I found a local company that said ‘if you get your CDL we will hire you on the spot.’”

So instead of going to college to learn more about computers, Clay went to truck driving school and became a truck driver. He enjoyed being a truck driver, but he also had a new wife, and it wasn’t long before he decided he enjoyed that more, so after just about a year, he started looking for something that would keep him closer to home for more of the time.

“That’s when I got back into tech. I worked in a call center, answering every kind of computer-related question you can imagine. That sort of evolved into an IT position.”

Clay and his wife Andrea moved to Pasco a little more than 20 years ago, and Clay found plenty of work helping farmers with their computer needs.

“I was working with a lot of these farmers before they even had internet. I was helping them with basic troubleshooting, program upgrades, local networking stuff…pretty much anything they needed.” 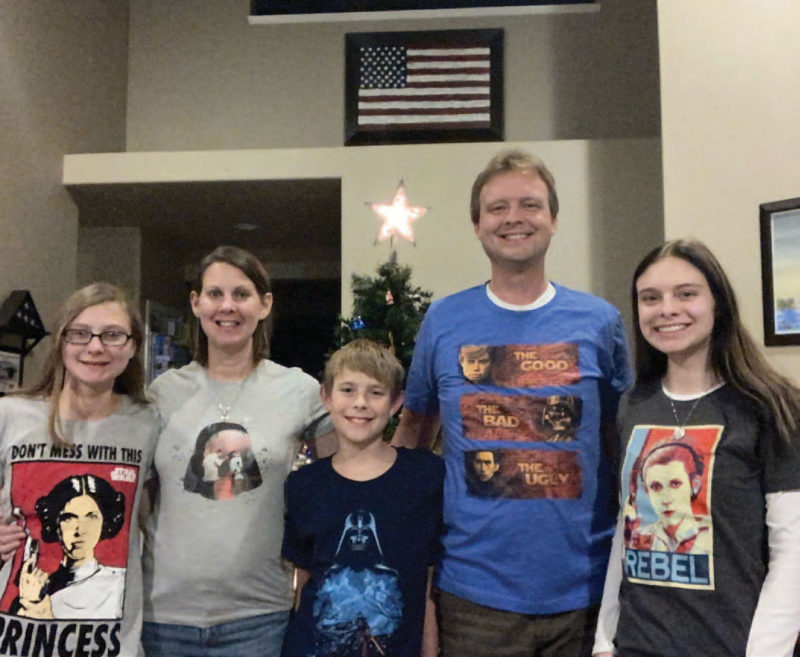 It wasn’t long before Clay found another new opportunity – or maybe it found him – with a start-up company developing some sort of newfangled technology called wireless internet.

“I helped start the company. I didn’t have any money invested in it, but let’s just say that if it wasn’t for me, that company wouldn’t be there,” Clay adds without hesitation.

The mission of that company was not unlike the idea that, once upon a time, led to the creation of electric utility co-ops like Columbia REA. A hundred years ago or so, farmers needed electricity, and 20 years ago they needed fast, dependable internet to keep pace with advancing technology in nearly every other facet of their business.

“That’s how the wireless internet around here first came to be… the farmers wanted high-speed internet and started asking, ‘how do I get this speed at my house and on my farm?’”

Clay Hayes and his colleagues were the answer to that question for a long time for a lot of local farmers. But after 16 years, he felt that the company he worked for, which had since been bought by a larger firm, was no longer providing the level of technical support to their customers that he wanted to provide, and that he felt they deserved.

“I heard about the job at Columbia Energy (now Columbia iConnect) from a vendor who worked with both our company and Columbia Energy. I decided to apply, and I got the job. That was almost four years ago.

“When I first started here, they had just started dabbling in fiber-optic technology. We had a little bit of fiber in the server rooms here and maybe at a couple of towers. And they were just finishing up the Mill Creek fiber project. Once I got trained, one of my first jobs was finishing up the last little bit of fiber installation on the Mill Creek project,” Clay continues.

Noting that the future of internet connectivity lies in fiber-optic technology, Clay is quick to point out that most of his day-to-day work still centers around helping iConnect customers with their wireless internet connections.

“My typical days is doing installations. If a new customer calls and they want internet, we go out there and hook them up, and that’s usually a wireless connection. Or maybe an existing customer calls in and says their internet is slow. So we’ll go out and troubleshoot…maybe a cable has been damaged. Maybe a modem is not working right. Maybe a radio transmitter has been blown off the roof…”

Even though Clay loves fixing computers and helping people with their internet issues, there are also other things in life that Clay loves.

He and his wife now have three children, two daughters and a son. Andrea works in their home raising their family and volunteering at the Cancer Center. Clay enjoys fishing and camping when he gets the chance. Andrea enjoys camping as well, but not so much the fishing part, says Clay. Recently, it seems there has been more opportunity for one of their other favorite shared activities, preparing a meal together.

“We like to cook together. Nothing fancy…we just like working in the kitchen together. I like to bake homemade bread. I’m no expert, but that’s the thing about homemade bread – it’s always good,” he laughs.

For a guy who figured out his passion as a kid, and has built a life around that very thing, Clay Hayes is a humble man, grateful for all that life has provided, including wisdom and a sneaky, wry sense of humor.

“I don’t know everything about computers…nobody does,” he says.

But you can be confident that if Clay Hayes doesn’t know the answer, he will look it up in the manual.

Either way, he’ll figure it out.